We are going to install a bunch of tools that, as a Sysadmin in 2020 for Windows or Linux, well... you NEED to be using these tools from here on out otherwise you will have a serious knowledge deficit.

First, update Windows 10 to the latest and greatest version. At the time of this writing build 2004 (April, 2020) is what you need to be running. You need this version because WSL2 is generally available in this release. Seriously, just update. You can thank me later.

Next, remove all other Hypervisors like Oracle VirtualBox or VMware Workstation. WSL2 requires the built-in Hyper-V so no other hypervisors can co-exist. Once you start working with Docker you'll understand why you won't want to work a great deal with Vagrant boxes or virtual machines anymore anyways. Also go ahead and remove Docker Desktop for Windows if it is installed (we will re-install it later).

There are multiple ways to install it on your workstation. The Github project page has all of the available installation methods listed.

Now it is time to enable WSL 2.

2. Then enable the virtual machine feature by running this...

4. Set WLS2 as the default version. Run this from Powershell...

5. Download your preferred Linux distros from the Microsoft Store in Windows 10: https://aka.ms/wslstore...

6. Reboot! Yeah seriously – reboot right now because the next step won't work until the virtual platform is fully enabled.

7. Optional final step - Make sure that any of your already installed Linux distros are running with WSL version 2. Skip this step if you haven't installed any before.

To check, after your workstation is back online execute this from Powershell...

We can see the version is '1' To upgrade, just execute this...

And here is the output...

Yes... you can install Docker Desktop Edge if you want. I just prefer the stable releases. Nonetheless, feel free to go nuts.

During installation, make sure the WSL 2 option is enabled.

Docker doesn't automatically start for the first time, so launch Docker Desktop and when it starts up run, run through the tutorial if you want then check the settings and verify that WSL 2 is being used.

And finally, make sure under Settings > Resources > WSL Integration that your installed Linux distro is selected.

Your Windows 10 workstation is all set up with WSL 2 and Docker Desktop integration! Download some Docker images, sign into Docker Hub, pretty much do whatever you like at this point.

I recommend starting with Scott Hanselman's blog to learn more about working with Windows Terminal (including how to customize it), dive into the plugins for VS Code, and have fun learning! 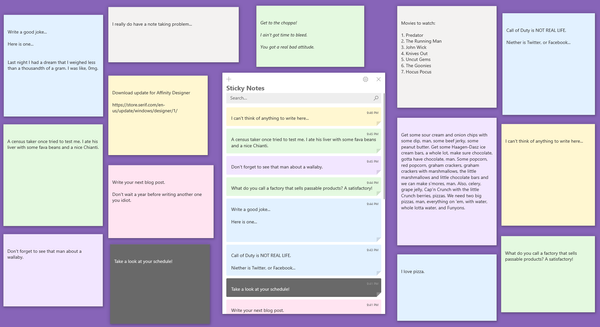 Wait a tick, what happened to the Windows "Sticky Notes" app? It used to be built into Windows 10! Oh that's right... it moved to the Microsoft Store. Link inside!